The International IMPAC DUBLIN Literary Award is presented annually for a novel written in English or translated into English. The award is an initiative of Dublin City Council, the municipal government of Dublin, which retains full ownership. Now in its 20th year, the award aims to promote excellence in world literature. Nominations are submitted by library systems in major cities throughout the world.

Visit our Library Spotlight Display at the foot of the stairs on Level 1, in the James Joyce Library. 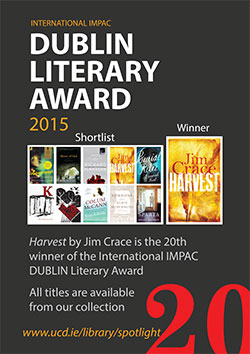 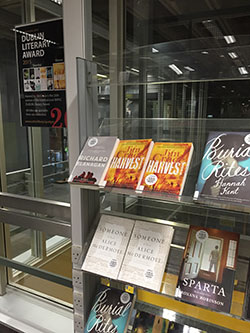