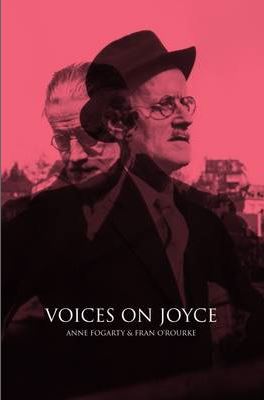 Voices on Joyce gathers together interpretations of Joyce’s work by scholars in a wide span of disciplines: music, history, literature, philosophy, sport, geography, modern languages, economics,theatre studies and law. The depth and range of James Joyce’s relationship with key historical, intellectual and cultural issues in the early twentieth century are explored, including: the growth of Dublin as a city, the advance of Irish separatist nationalism, criminal trials in late nineteenth century Ireland, the influence of Classical authors such as Aristotle and Ovid, the Irish Literary Revival, the value of operatic music, notions of the aesthetic and of a democratic readership, and the history and social import of Jewish communities and traditions. The 20 essays in this collection draw out the openness and pluralism of Joyce’s writing and underscore the need for readings of his work from a large variety of diverging perspectives. The wide ranging voices in this collection are composed by present and former UCD academics, and constitute a unique reckoning with the legacy of Joyce by members of his alma mater. A portrait of Joyce emerges as a writer deeply embedded in Irish intellectual discourses and as a figure of vital on-going importance in the social and cultural debates of twenty-first century Ireland. Photos interleaving the essays by the modernist and photojournalist, Lee Miller, taken in Dublin in 1946, provide vivid images of Joyce locations and of their artistic re-imagining.

Stephen Fry is Participating in the Bloomsday Festival 2015

Dublin celebrations of Bloomsday began in the 1950s.

Bloomsday celebrates the day on which the action of James Joyce’s novel Ulysses takes place, the 16th June, 1904, and also the day Joyce first went out with his future wife, Nora Barnacle.

The day is named after Leopold Bloom, the central character in Ulysses.  The novel follows the life and thoughts of Bloom and a host of other characters - real and fictional - from 8.00 am on 16 June through to the early hours of the following morning.

We first see Bloom in the house he shares with his wife, Molly, at 7 Eccles Street in Dublin and the novel concludes with a long interior monologue as Molly Bloom recounts her thoughts and feelings as she lies in bed.

Joyce attended University College (then at St. Stephen’s Green) from 1898 and graduated with a BA in English, French and Italian in 1902. The James Joyce material at UCD Special Collections is taken from the Curran Collection and consists of signed copies of his works (including a signed copy of the first edition of Ulysses) and letters, from Joyce to his UCD classmate and life-long friend, Constantine Curran. There are also many photographs. The Curran collection was acquired from Curran’s family in the 1970s. The photographs are reproduced here courtesy of Curran’s granddaughter, Professor Helen Solterer.

Browse photographs of and related to Joyce in the UCD Digital Library.

Browse materials in UCD Library catalogue by and on Joyce

Listen to a UCD Scholarcast