CHRISTOPHER MURRAY has been a pioneer and inspiration in the critical field of modern and contemporary Irish drama, as the authors of many books on the subject are keen to testify in their dedications and acknowledgements.

Born in Galway in 1940 he attended University College Galway/NUIG and gained a BA with First Class Honours in 1962. After an MA, he went to Yale University, where he was awarded the PhD in 1969. In 1970 he joined the Department of Modern English and American Literature at UCD and was subsequently promoted to Statutory/Senior Lecturer and Associate Professor. In 1990 he co-founded the graduate programme in Modern Drama Studies and was first Director of the UCD Drama Centre. From 1987 until 1998 he was Editor of the IRISH UNIVERSITY REVIEW and is currently Chair of the Board of the Gaiety School of Acting in Dublin.

Murray has published over 100 articles and chapters in books. He is a world authority on twentieth and twenty-first Irish drama, publishing a seminal book on the subject in 1997, and has particular expertise on Sean O’Casey (his authoritative biography appeared in 2004) and Brian Friel, on whom he has published widely. He remains active in retirement, having published Brian Friel: Tradition and Modernity in 2014. 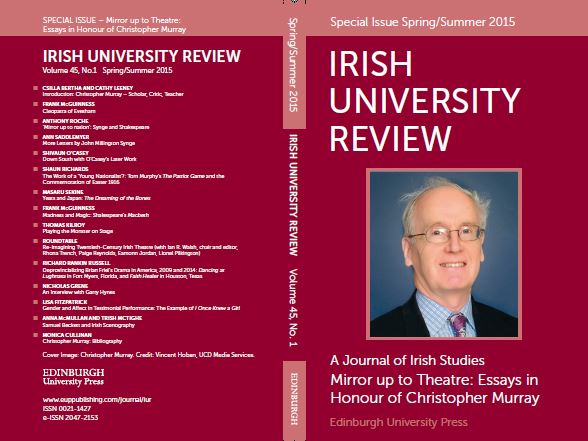 Read about the review and the editors of this journal

Some years ago
​UCD Library
received a generous donation
​, given in honour of Prof Chris Murray,
to fund the purchase of a small collection of books and DVDs on drama and theatre studies. This donation, which we were asked to keep anonymous, was given in appreciation of
​Prof Murray's:

The books /DVDs purchased from this donation have greatly supported student learning and helped to build up our collections in this subject area.  Book plates were placed in books purchased with this donation.

The UCD Authors’ Collection has received a donation from Emeritus Professor of English, Chris Murray, of signed copies of the many books and articles that he published during his long career in the UCD School of English, Drama and Film.

In addition to his own publications, he has also donated a valuable eight-volume work on the 18th and early 19th century theatre: Theatre in Dublin, 1745 – 1820, which will form part of the Special Collections reference collection.

Chris Murray, Eugene Roche of UCD Library and the donated work, May 28th 2015 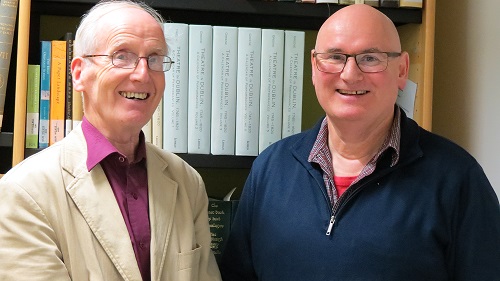 IASIL website. IUR is affiliated to the International Association for the Study of Irish Literatures (IASIL), whose members receive the journal as a benefit of association membership. Membership costs from 20-45 euro a year, including online or print copies of the journal, 2 issues a year. 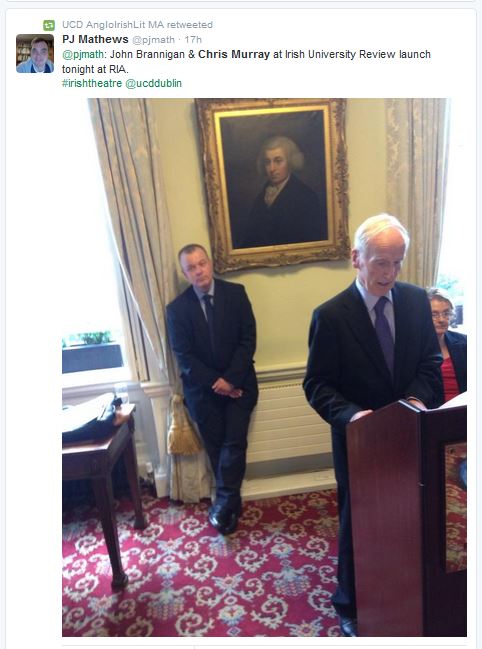 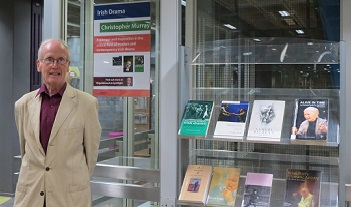 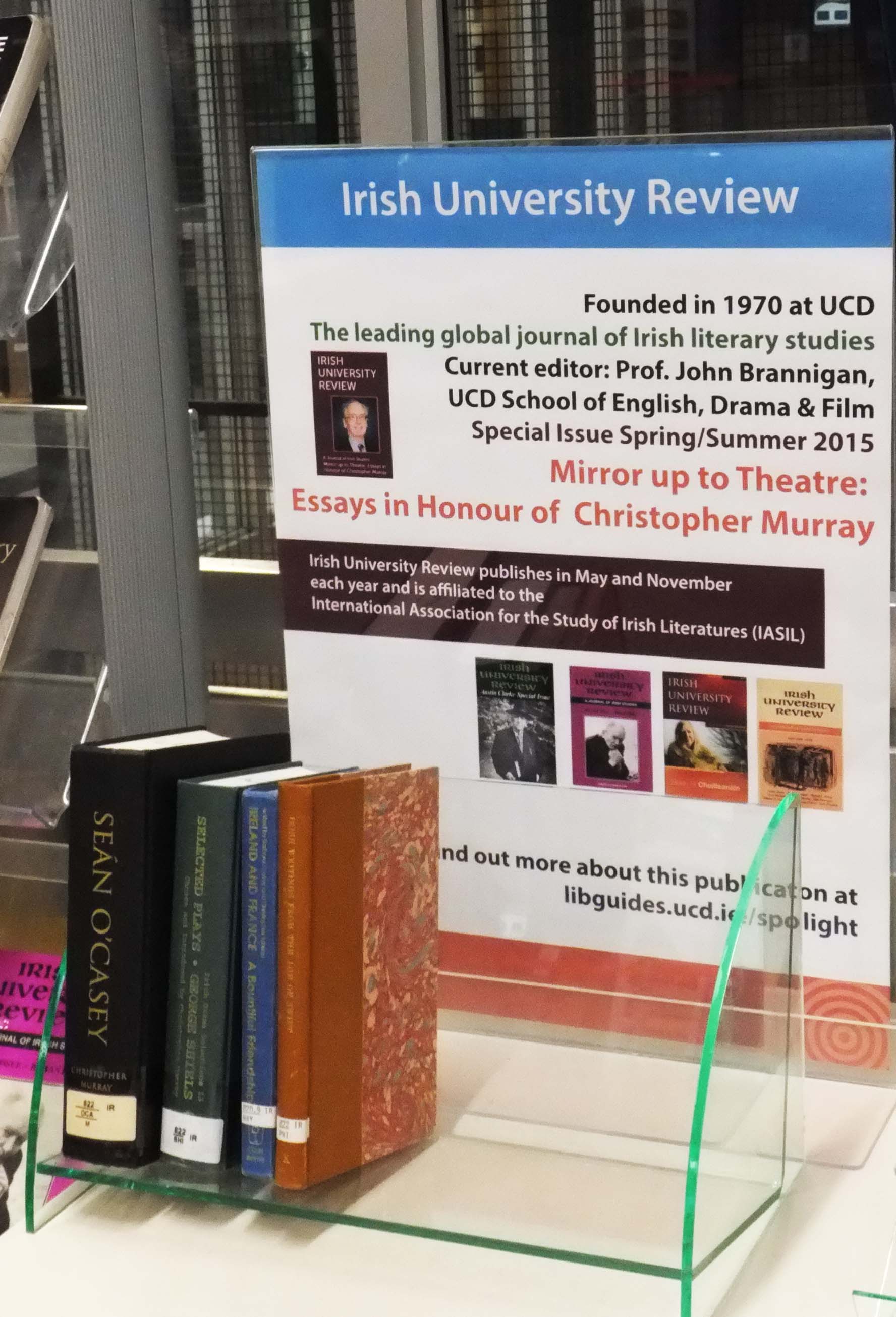