This guide explains what referencing and citation is and how to use the APA, Chicago, Harvard, MLA and Vancouver Styles. It includes a short interactive tutorial on each style.

If the exact reference type you are looking for is not shown in this guide, look for one similar and follow the same rules. Alternatively consult the book “Publication Manual of the American Psychological Association", 6th Edition, which is available in UCD Library. 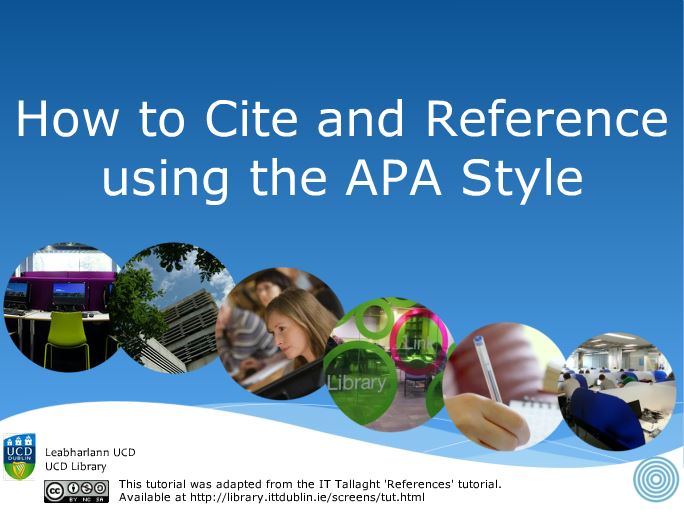